This years goals..
To be back inside four in the World Championship in Italy, Cortina.

Lets start with that this season :)
Posted by The Pasi at 5:13 PM No comments: 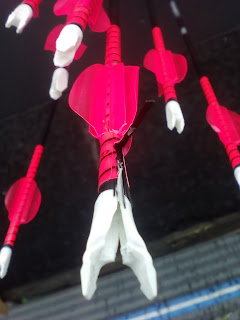 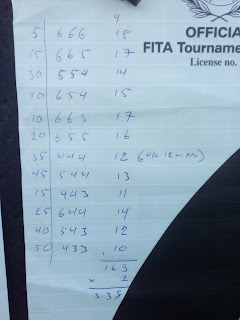 Starting to hit okay and also aiming okey. Only the long distancies was not so good, but they were enough. Just more long distancies practice and it starts to be nice.
Broke one arrow from 25m and second pic was a known distancies shooting test. That the distancies are correct and every distance is in the yellow ring. Quite happy to the score..
During weekend the Field National Championchips in Inkoo, Finland ;)
Posted by The Pasi at 3:09 PM No comments: 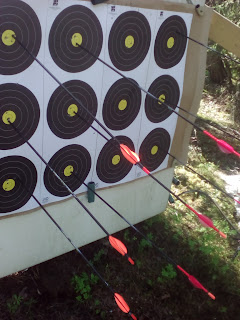 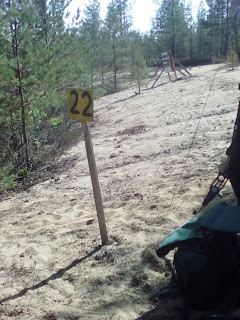 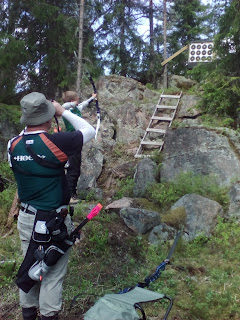 Field in Salo. 12 + 12 targets again. Weather was nice and sunny today. Not so good start to the field, after 12 targets only 151 points, witch was not so nice. Missed one 60cm/20m tartget after 6 and 5. had those moments that could not shoot or aim good and shot two's and mos and bad shots. After we got passed slow compound group, the phase was better and shot second half 171, witch was nice. Together 322 point. After 3 weeks the Field National Championship in Inkoo. Hope to shoot better then..
Posted by The Pasi at 10:03 PM No comments:

12 + 12 targets competition in Riihimäki, was not so good from me.
All the short targets up to 25 meters was okey. But longer than that was not so good.
Now I know what to practice more :). Weather was okey almost the day, but last 6 targets
it started to rain. I guess after that the tab turned a little sticky and like 40m/60cm '
and after that 50m/80 got only 7 point from them. Together 311 points and second place
after Timo Leskinen who shot 339.
Next weekend next field in Salo. Need to shoot much better than that.
Now just shooting this week only 50m..
Posted by The Pasi at 9:58 AM No comments:

2D, 28 target animal round in Keuruu

Finally some nice weather to shoot in practice and also today at competition. I had only 50km from Virrat to drive to the competiton. in the way all of the lakes were calm and I wanted to take some photos of them, but let my camera/phone at Virrat. But I managed to be one day out of the phone ;).

At the field lots of small targets and many targets at maximum distancies. So very tuff animal round. All distancies were unknown and I only missed one squirrel. It was from 12meter and it was too quick and small ;). Or I just didn't want to hit it.. Shot with the Dragon vanes today and they worked nice. Had a nice day in the woods and got 480 points, I guess that's a nice score with barebow and those distancies..
Some pics when I get them..
Posted by The Pasi at 6:53 PM No comments:

Couple nice landscapes from France, Vertus :)
Click to make them bigger
Posted by The Pasi at 6:33 PM No comments:

Nice two days competition in Vertus, France, The competition was in a new place for me. They changed the place because the major of the city said that the old place was too dangerous. That was much harder and nicer, but this new place was okey too. First day they promised some rain, but the weather stayed dry.
First day and first competition of the year, so lots of mistakes. But feeling was nice and it was fun to shoot again the field. End of the day got 326 points.
Second day was much windier and colder than the first, but I just put enough clothers so that was not a problem. Started 6 first target with 89 points, witch is very good score. After that the aiming panic hit me a bit, so next 6 was only 69 points.. Like a miss in a 15m/20cm target. End was little bit of strugling, but managed to get 322 points, what was enough for the first place.
They always have a nice prises like now :)..
Had a two days fun and saw all the archery friend again after two years.. 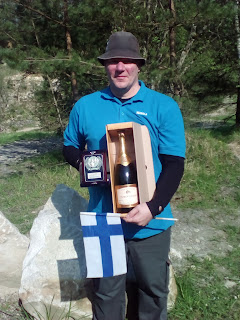 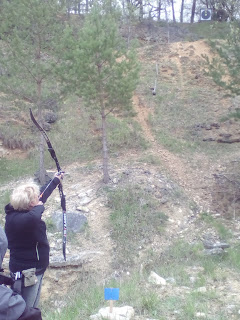 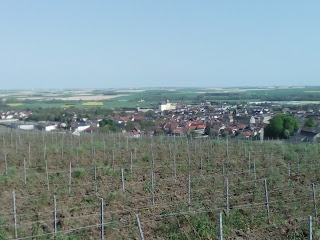 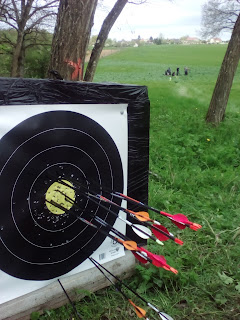